“There’s no doubt she’s a talented, gifted woman in the indie music business and her intentions through every song go from being honest, loud, and catchy to extremely vulnerable.” - TunedLoud Review

Songstress and indie rock vocalist hailing from Atlanta GA, Anji Kaizen (aw-nee k-eye-zen) is the front woman and mastermind of a project that ranges from angsty alternative rock to indie pop in the veins of Paramore, Chvrches & Pvris. With powerhouse vocals, soaring melodic lines and shredding guitar riffs, each song is a unique journey through a musical soundscape of raw emotion. Inspired by artists such as Lights, Hayley Williams and Ellie Goulding, Anji Kaizen's songs are intimate and poetic confessions that bring a refreshing honesty with thick vocal layers and big hooks.

Her previous releases  range from the upbeat alt-pop Light EP, which released as a string of singles in 2020 with music videos, to the guitar-driven and moody Dark EP that was released in 2018. A full-time professional artist who not only sings, songwrites, and plays a plethora of instruments, she’s also been recognized for her abilities as a composer & producer by winning the LaGrange Film Festival award for her original soundtrack. Pair this with winning recording time at the Columbus Songwriter Showcase and receiving the Griff Parrish Songwriting award, it’s clear she has already established herself as an important voice in the Atlanta music scene since she began playing with her band in 2018.

Her unique talents immediately propelled her into the stage lights after graduating Magna Cum Laude with a BA in Composition & Music technology. Her first release after graduation, “Titanic,” an emotional electropop ballad, became the single that kick-started her career as it garnered world-wide attention when it became the credit song for the indie film “Crimson Tower” playing at international film festivals. The single was then followed up by the release of the Dark EP in summer of 2018, which headlined at The Masquerade and was followed by a string of shows across the state, including venues such as The Vinyl, Eddie’s Attic, Pure Life Studios and more.

Her latest single "Monster" is releasing October 29th. She is looking forward to releasing the single under her re-branded artist name in October 2021 as a teaser for an upcoming EP in 2022.

What the Pro's are saying:

"Anji Kaizen is self-motivated, gifted and very hardworking. She excels as a vocalist, musician, songwriter and businesswoman. I fully expect her to have a life in the music industry."

"Angela Hutchins (Anji Kaizen) is a talented up-and-upcoming Artist and Producer. Having worked side by side as her mastering engineer on multiple releases as well as offering ongoing music mentoring, I can speak with confidence about her talent, determination and professionalism.

To cut through the clutter in today’s music industry, it takes not only talent, but tenacity... and she is a poster child for that."

ShoutOut Atlanta - "Meet Anji Kaizen" https://shoutoutatlanta.com/meet-anji-kaizen-recording-artist-vocal-coach/ - "We had the good fortune of connecting with Anji Kaizen and we’ve shared our conversation below..."

Sonic Smoothie - "Anji, The Alt Pop Princess of Atlanta" https://www.sonicsmoothie.com/post/anji-the-alt-pop-princess-of-atlanta-on-her-new-single-you-ll-find-me - "The first time I heard "You'll Find Me", I went bananas trying to figure out where I'd heard it before. The song is so instantly familiar, I couldn't believe it wasn't a cover (even as I type this, I'm triple checking to make sure I'm correct)."

York Calling - "Discovery: Anji Kaizen" https://yorkcalling.co.uk/2021/06/12/discovery-anji-kaizen/ - "Anji Kaizen is an American pop singer and songwriter – Center is her latest catchy song to be released... Anji has a great singing voice and the simplistic chorus helps to give it an anthemic feel – after a couple of listens Center should soon be stuck firmly in listeners heads."

Tuned Loud - "Alt Pop Princess Anji Kaizen Has A Whole New Vibe for 2021" http://www.tunedloud.com/2021/04/16/alt-pop-princess-anji-kaizen-has-a-whole-new-vibe-for-2021/ - "Anji Kaizen, alt-pop princess of Atlanta GA, has a whole new vibe for 2021: mermaid hair, a home recording studio, Twitch affiliate status and a complete rebrand! Get a sneak peek of what’s to come from the artist and listen to the songs that launched her into the Atlanta scene." 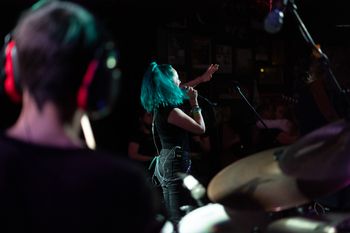 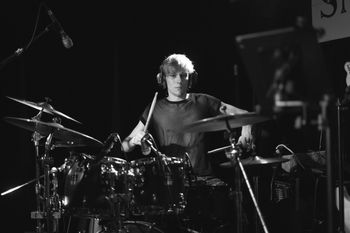 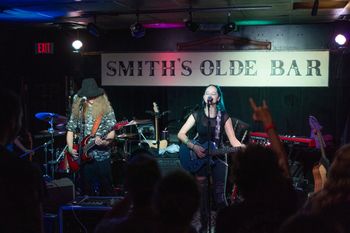